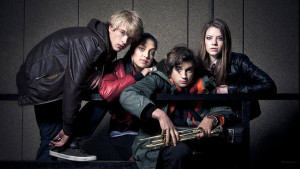 Forging cross-promotional and sales alliances, as the growth for content and the platforms proliferate worldwide, has seen Foothill Entertainment and its UK affiliate, Foothill Europe, head into the MIPJunior/MIPCOM market with new additions to its kids and family entertainment catalogue. 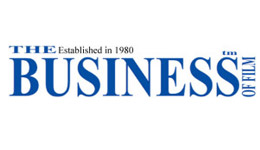 Jo Kavanagh-Payne, President Foothill said: “We are excited to be in Cannes once again with this great programming from Content. With its combination of high end kids drama and animation, it is a perfect compliment to our existing library.”

Reflecting the way that young people consume content, The Cut, a contemporary multi-media series, was a BBC hit with three series commissioned. The Cut debuted both as a broadcast series as well as on-line shorts. The series has already been sold to numerous international territories and will be a focus of Foothill’s efforts at MIPJunior and MIPCOM.

The Santa Barbara and London-based executive production/distribution house, which enters its 15th year, has seen an expansion of its international distribution business. The Company will be launching a new addition to the Content portfolio which will be announced during MIPCOM.

Foothill continues its work with the Content high end live-action kids and ‘tween drama series such as Young Dracula, Even Stevens, Family Biz,100 Deeds For Eddie McDowd, and The Assistants. These contemporary series feature the early work of numerous young actors such as Shia Labeouf (Transformers) and Michael B. Jordan (Fruitvale Station; The Fantastic Four) and have attracted international attention as well as numerous sales.