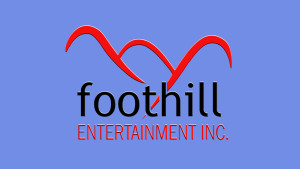 Foothill shores up co-pro team for Boy and the Dinosaur

Worldwide distribution for the Canada-UK treaty co-production will be handled by Foothill outside of the co-pro territories, and scripting and storyboarding on the series will begin immediately.

The 52 x 11-minute series, which was the third-most viewed show at MIP Junior for two consecutive years, has also been pre-sold to several yet-to-be announced international broadcasters.

Boy and the Dinosaur follows the unique relationship between an ordinary boy and a dinosaur, who happens to be his best friend and mentor. It blends broad physical comedy with original music and a simple educational philosophy.

On the British side, Paul Couvela (Bob the Builder, Chuggington) has been tapped to direct the series. David Bunting (Shaun the Sheep, The Tigger Movie) is on-board to produce and Davey Moore (Octanauts, Thomas & Friends, Rastamouse) will serve as writer.

Shooting Star was established earlier this year by its MD Russell Dever, who also founded the company’s affiliate 1461 Productions (Rollie and Friends).