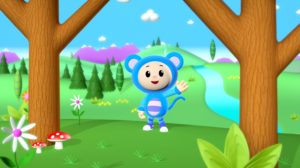 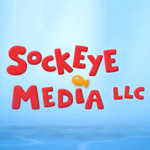 Award-winning production company Sockeye Media has appointed Foothill Entertainment as distributor for its edutainment live-action/animation series Mother Goose Club. The show has proven a hit on YouTube, reaching over 6 billion views to date. The partnership was announced by Jo Kavanagh Payne, CEO of Foothill Ent., and Harry Jho, CEO of Sockeye Media.

Under the terms of the agreement, Foothill Entertainment will present the series for the first time at MIPJunior and MIPCOM. 52 x 11’ episodes — featuring never-before- seen content — are available for broadcast and multimedia platforms. Foothill will also act as co-executive producers and co-develop with Sockeye Media an all-new CGI-animated version of Mother Goose Club for the global marketplace.

The new 52 x 11 fully CG-animated series, in development for 2017/2018, reimagines The Mother Goose Club characters within a story-driven narrative. Set in the beautiful land of Goosica, ruled by the bombastic King Kuckoo, the show will follow the Mother Goose Club as they use their smarts and courage to set things right when they go wrong.